I had the kids, ages 4 & 5 years old, this was my first service as their actual teacher, I’ve always been an aide in the past.

I have to admit, I really feel in my element around kids.

Service had run extra long, and I had lots of spare time at the end of our lesson.

I asked the kids to get into a circle.

I was going to ask Bible questions but we never got to them..

The circle they were supposed to get into was anything but round..

I told them it was “shaped more like a booger than a circle.”

That’s when one of the little boys said to me, “there’s a girl in my class that eats her boogers!”

The look on their faces was one of disgust, like “eww gross!”

I Felt a Teaching Moment Arise! I then exposed myself to a rather embarrassing confession, I told the whole class that sometimes I pick and eat my boogers too!

The look on their face was priceless.

Probably the same look readers get when they read that about me.

I also told them that it wasn’t something I really was aware of myself doing, it just sort of happens.

I went on to ask them if they might have some habits they knew about?

One little boy speaks up and says, “I chew my shirt!”

I turned to my son and said, “hey, don’t you do that?” and it was great because they both had a connection.

My kids know that I pull my hair and suck my thumb already, and I know their habits and behaviors too BUT to have another peer understand, I could really sense some sort of acceptance there.

I Went On To Mention Other Habits.. Yep, Even Trich! I started bringing up other habits, like nail biting, thumbsucking, pencil eating, even hair pulling!

I told them that I deal with something called Trichotillomania, it’s a habit of twisting and pulling my hair out.

I could see the word threw them off a bit..

I went on to explain to them that I don’t realize I’m doing it, like booger eating..

I showed them my hair and where I had really messed it up.

I didn’t even care either.. that shows me I’m growing a lot.

I had a youth helper that day, a teenager and I could see he was really picking up what I was putting down.

He then started talking about how he eats pen caps, he doesn’t know why he does it?

I then started asking around the circle of children, “why do you do your habit?”

None of them could really tell me why they did the behavior they did, almost all of them admitted, they didn’t even realize they do it.

We were ALL able to relate and love each other for our different “somewhat strange” behaviors.

I had mostly 4 and 5 year olds, but they were still able to comprehend what I was saying.

What started out as a kid saying something about a girl eating boogers actually turned into a great conversation about having compassion for others and their behaviors, no matter how strange it might seem to them.

I could sense even the teenager helping me received a lot from what I was saying.

Kids are so receptive and I feel so grateful that I got that extra time with them to talk about Trich and other behaviors.

It even makes me want to write a book for kids about it perhaps?

Related Article: How Do I Help My Child with Trichotillomania?

I Can't Stop Touching My Split Ends - Why The Urge?
My Battle With Eating Disorders and Trichotillomania
Does Stress Cause Crazy Dreams? What Do My Teeth Have To Do With It?
Nose Picking and Booger Eating - Let's Talk About the Not-Talkable!
Just a Rant About a Blonde Hair and Nightmares
Do You Eat Your Hair? This Isn't a New Protein Based Diet
My Fear of Talking To People Birthed A Big Secret
Nail Biting and Trichotillomania Are Both On The OCD Spectrum - Here's Why!

I am super excited to annouce that my new Keen2 bracelets are here! Thank you HabitAware! It's ... END_OF_DOCUMENT_TOKEN_TO_BE_REPLACED

Herbal Teas and Flowers for People with Trichotillomania About a year ago I started drinking ... END_OF_DOCUMENT_TOKEN_TO_BE_REPLACED

I discovered the secret to stop pulling my hair out and all I had to do was cut my thumb ... END_OF_DOCUMENT_TOKEN_TO_BE_REPLACED 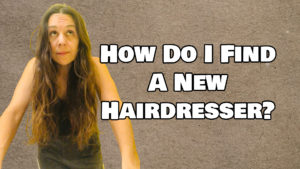 You would think since I have a blog and I talk to complete strangers about personal things that ... END_OF_DOCUMENT_TOKEN_TO_BE_REPLACED