A lot has happened in my life since my divorce last year. I do mean A LOT. Way too much to catch you up in this session of my saga.

I had to sell the house that I loved.

When I split with my husband, we agreed that I would keep the house in exchange for no child support. The house had a bit of equity in it and I figured it was a fair trade for him not having to pay me anything for the three children we have together.

I won’t get into the specifics of the house, but I bought this house and I loved this house. I wasn’t being unreasonable when it came to wanting to keep the house. I wanted to shelter the children we had, keep them in their same school, and not charge him one dime of money.

I kept my end of the deal. He didn’t.

When I filed the divorce, I kept my end of the deal, I asked for the house and $0 child support. For whatever reason, he decided to go back on that deal and he asked for half the house in his response.

Divorce brings out the ugly side of everyone and everything.

At first, I was super upset and the stress of not knowing where I would go with my three kids was more than I wanted to handle. I daily had to give these anxieties to the Lord because I was on the verge of panic attacks all the time.

The man wouldn’t listen to me, he was hurt and angry with me.

I offered to refinance the home and buy him out… meaning, I would now give him lots of money to let me stay in my home with our children and still not charge him a dime of child support.

I gave up. I put the whole situation in the Lord’s hands and did as the man requested. I found a realtor and listed the home for sale.

The process of getting the house in a sellable condition was grueling. There was this massive list of things I had to do in order to make the house look good.

The paperwork was relentless.

Not only was I selling one home, but I also had to get my finances in order quickly to buy another home. It was INSANE all the shit being thrown at me left and right.

I hate adulting, it makes me super anxious to have a lot of responsibilities on me at one time. The paperwork and documents involved in trying to sell and buy a home at the same time is overwhelming to someone like me.

I had to really anchor myself and do the things that I know help me keep my anxieties from taking over.

My house ended up selling to someone sight unseen 5 days before the listing date and they offered thousands more than the asking price!

That was definitely a God-thing for me. Not only was it more money than I asked for but I didn’t have to show the house over and over again to bunches of strangers.

The thought of having strangers come over to see the house at any given time was another worry I had. Not only that but trying to keep a house clean when you have three boys was a whole other battle.

There was so much of God’s handprint all over this process.

I still hadn’t purchased a home because I had barely listed the house I had for sale – I wasn’t even shopping for new houses yet!

I had to ask a huge favor of the people purchasing my home.

I needed the people who bought my house to lease the house back to me until I could find a place of my own. I had nowhere to go and leasing another place for that short of a period of time was expensive, I would have to move twice!

The people agreed to give me 2 months to find a place of my own. This gave me enough time (barely) to get financed for my own loan and look for another house.

Trying to buy a home in a seller’s market was a whole other saga in its own that I will have to update you on next.

I’m grateful that even though I was under incredible pressure to get so many things done, I am able to turn to the tools that helped me not regress back into old habits.

I wanted so many times to give up on myself and the progress I made to stop hair-pulling. Divorce alone is a horrible ordeal and to have to sell my house and let the unknown happen is really nerve-racking.

The battle is the Lord’s. This is not my battle, but His.

2020 is still throwing a lot of punches at me – more on that to come but I just have to stick to what I know works.

I slip up some days, I fall into bouts of depression, but I can’t let myself wander so far off that I give up on the progress I’ve made.

I am super excited to annouce that my new Keen2 bracelets are here! Thank you HabitAware! It's ... END_OF_DOCUMENT_TOKEN_TO_BE_REPLACED 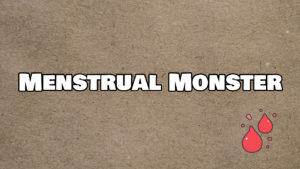 My period is back. It actually came back at 4 months postpartum (I'm 9 months PP now) and I am ... END_OF_DOCUMENT_TOKEN_TO_BE_REPLACED 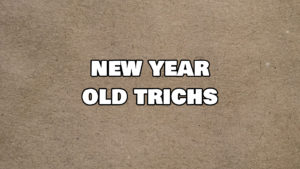 Last year, I lost a lot of loved ones and went through a very hard post-partum depression because of ... END_OF_DOCUMENT_TOKEN_TO_BE_REPLACED